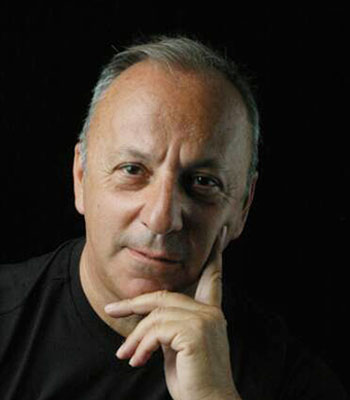 Education is a companion that no misfortune can depress, no crime can destroy and no enemy can alienate. It chastens vice, it guides virtue, and at once lends grace and government to genius.

What is required is a radical approach to education that is approached from two levels. We need to offer business education to all service providers on sales, finance, marketing and retailing. This will elevate an understanding of how a salon operates and would benefit both hairdressers and salon owners.

Equally, we need be looking at adding a lateral creative thinking element to salon owner’s education. Put simply,“Thinking to a Higher Order.”

THINKING TO A HIGHER ORDER

Higher-order thinking requires us to analyze information and ideas in ways that transform their meaning and implications. This transformation occurs when we combine facts and ideas in order to synthesize, generalize, explain, hypothesize or arrive at some conclusion or interpretation. Manipulating information and ideas through these processes allows us to solve problems and discover new meanings and understandings. When we engage in the construction of knowledge, an element of uncertainty is introduced into the instructional process and makes instructional outcomes not always predictable.

As a child, I remember being shocked to learn that Walt Disney was a person.To me, Disney was a mysterious entity, symbolized by the magical castle that appeared at the start of every film. A cross between fairyland and a faceless corporation.

So it was hard to get my head around the idea that all those films were the brainchild of one man. Not to mention the theme parks. How could a single person be responsible for all of that?

Later on, I discovered that the truth was even stranger. There wasn’t just one Walt Disney. There were three.

Creativity as a total process involves the coordination of three sub-processes: dreamer, realist and critic.

The Dreamer – the visionary who dreamt up ideas for business ventures.

The Realist – the pragmatic producer who made things happen.

The Critic – the eagle-eyed evaluator who refined what the Dreamer and Realist produced.

Creative thinking is also ‘double-minded’ thinking that ‘operates on more than one plane’. It can be described as a ‘transitory state’. As a result of this transitory state “the balance of both emotion and thought is disturbed.”

Using logic to derive new consequences amounts to little more than permutations of existing concepts, we can generate new links between concepts perhaps, but no conceptual novelty.

Here’s how thinking to a higher order works. If I hand you a brick and ask, “How many uses can you think of for this?” you’ll probably come up with a dozen or so uses, all of them functional.

If, however, I asked you, “What 40 ways can you think of to use this?” I’m likely to get a whole different kind of list. After exhausting the obvious uses, you’ll find yourself uncomfortably searching for other unthought-of uses. Before, you’ll actually hit on something truly original. It is here, at this uncomfortable point when you think you’ve exhausted all practical uses for the brick, where true creativity lives. It’s where you start to find new connections between the object at hand and the world around you. You start thinking beyond the obvious solutions. Your ego stops judging every passing thought in the name of quantity.

Another example is to look at the symbol ‘x’ and ask what universal word would define this symbol. Logic says it’s a letter x and this is correct. Now ask the question, what six other explanations could it be? And you tap into higher order lateral thinking mode.

It could be times, multiply, wrong, kiss, cross, or ten in Roman numerals. We have now taken our brain out of logic mode into creativity mode.

Creativity can be defined as the process through which the mind finds formerly unrecognized relationships between two entities or ideas. It is something that allows us to see something in a different way. It is taking the obvious and making it interesting.

Knowing how our mind’s creativity works is the reason few advertising creatives settle on the first idea (or handful of ideas) they find. The thinking being, if it was that obvious to me, it must be obvious to everyone, therefore there’s nothing new or exciting about it. Truly creative solutions are a bit unnerving, not because they are provocative or irrelevant, but because you’ve never seen something quite like this, and your mind doesn’t know how to evaluate them.

Higher order thinking is thinking on a level that is higher than memorizing facts or telling something back to someone exactly the way it was told to you. When a person memorizes and gives back the information without having to think about it, it’s called rote memory. That’s because it’s much like a robot; it does what it’s programmed to do, but it doesn’t think for itself.
Higher order thinking, takes thinking to higher levels than restating the facts. It requires that we do something with the facts. We must understand them, infer from them, connect them to other facts and concepts, categorize them, manipulate them, put them together in new or novel ways, and apply them as we seek new solutions to new problems.

Not a day goes by that a person doesn’t have to solve problems. From the moment a person gets up in the morning and decides what to eat for breakfast, he is solving problems.

Being creative, considering several strategies, and trying out multiple strategies, as a means toward reaching the solution is part of being a good problem solver. It is important in problem solving to remember that mistakes are learning opportunities because a person learns what doesn’t work. In scientific research, the goal is as often to prove a theory wrong, as it is to prove a theory right.

Thomas Edison was asked once how he kept from getting discouraged when he had made so many mistakes before he perfected his idea of the light bulb. He had tried over 2,000 ways before one worked. Edison responded that he had not made 2,000 mistakes, but rather that he had over 2,000 learning experiences that moved him closer to the answer.

Coming up with original ideas is very important in higher order thinking. But what are ideas and where do they come from?
Insights – Some ideas come from insight – a spontaneous cohesion of several thoughts. An insight is like a light bulb turning on in a person’s head. Insights are great thoughts that help a person to see or understand something, quite often something that he has not been able to figure out before.
Original Ideas – Some ideas are called original ideas. These are thoughts that a person has made up himself and has not copied from someone else.

Another way to form ideas is to use critical thinking. This involves a person using his own knowledge or point of view to decide what is right or wrong about someone else’s ideas. This is sometimes called “having a mind of your own.” It means that a person doesn’t have to believe or accept everything that someone else says or writes.

Creativity can be measured by its fluency, flexibility, originality, and elaboration. The most creative minds are those for whom creative thought is fluid. The most creative thinkers are also flexible within their creating – they are willing and able to manipulate their thinking to improve upon that which they are creating. Creative thinkers are able to elaborate on their creation, largely because it is their creation and not one that has been borrowed. When creative thinkers are at the peak of their creative process, they may enter a state of concentration so focused that they are totally absorbed in the activity at hand. They may be in effortless control and at the peak of their abilities. Creativity is usually thought of as divergent thinking – the ability to spin off one’s thinking in many directions. But creative thinking is also convergent, for when someone has created something; his thinking may converge only on ideas and information that pertain to that particular invention.

Inventors such as Thomas Edison took the information they had and regrouped it until something new happened. Creative thinking has novelty, flexibility and originality.
Have you ever seen an advertisement for something new on TV and thought to yourself, “Now, why didn’t I think of that?” The person who thought of the product being advertised is now making millions because he connected ideas that had never been connected. He also solved a problem common to many people, and now many people are buying his product.

The invention of Velcro is a good example. The inventor of Velcro got his idea from a cock-a-bur that stuck on his pants when he walked in the woods. When he looked closely at the cock-a-bur on his pants, he saw that one “side” had lots of points (the cock-a-bur) and the other “side” was made of lots of round loops (the pants material). He also noticed how firmly the cock-a-bur was stuck to his pants. He decided that pointed and looped surfaces could be a good way to join two items. Thus, Velcro was born.

There are not many industries that are as creative as the beauty industry. We have a license to use artistry in creating new hair and color concepts. The balance between art and business is always essential for salons to flourish and be perpetually sustainable. For our industry to move a giant leap forward, we need to add to that formula by using the creative side of ourselves, on our business.Solutions to the world’s problems will never be found in books. They reside in the minds of creative inventive people. So it is very important for all Salon Owners to exercise their creative “muscles.” and think to a higher order.